Between 1978 and 2000, Droevendaal student housing consisted of wooden temporarily houses, looking like this: 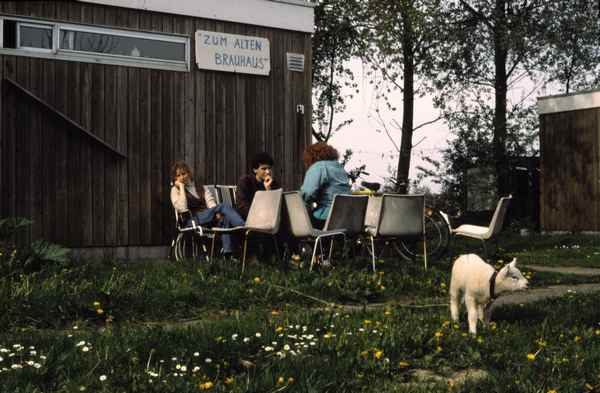 .
In Dutch, those can be called ‘barakken’ or one ‘barak’. Even after the rebuilding with brick in 2000, inhabitants kept calling it so. With the influx with many none-Dutch speaking Droevendalers, starting around 2005, the word ‘barak’ was replaced by it’s false friend ‘barrack’; we realised only later that the English barrack has a pronounced militairy meaning. In daily Droeveldaal practice, the word ‘barrack’ is often used but is slowly taken over by the word ‘house’.

Common Barrack Agenda
Want to live with us?
Bakfiets/cargobike

There are no upcoming events at this time.